New! Illustration event at Highgate Library, London on the 21st March. As part of the Biblio-Buzz awards.

Back in the wilds of 2018, I was asked to create the Biblio-buzz bees and background artwork for the enormously exciting Alexandra Palace UK Children’s Book Awards. The bees were made while listening to techno, which seemed to help enormously. Modulated notes often sound like bees buzzing around a hive or local park.

The award is back for 2020 and there will be NEW artwork for the next award ceremony in March at Alexandra Palace.

Schoolchildren in the London borough of Haringey aged 9 to 12 are invited to vote for their favourite book from six titles each year. 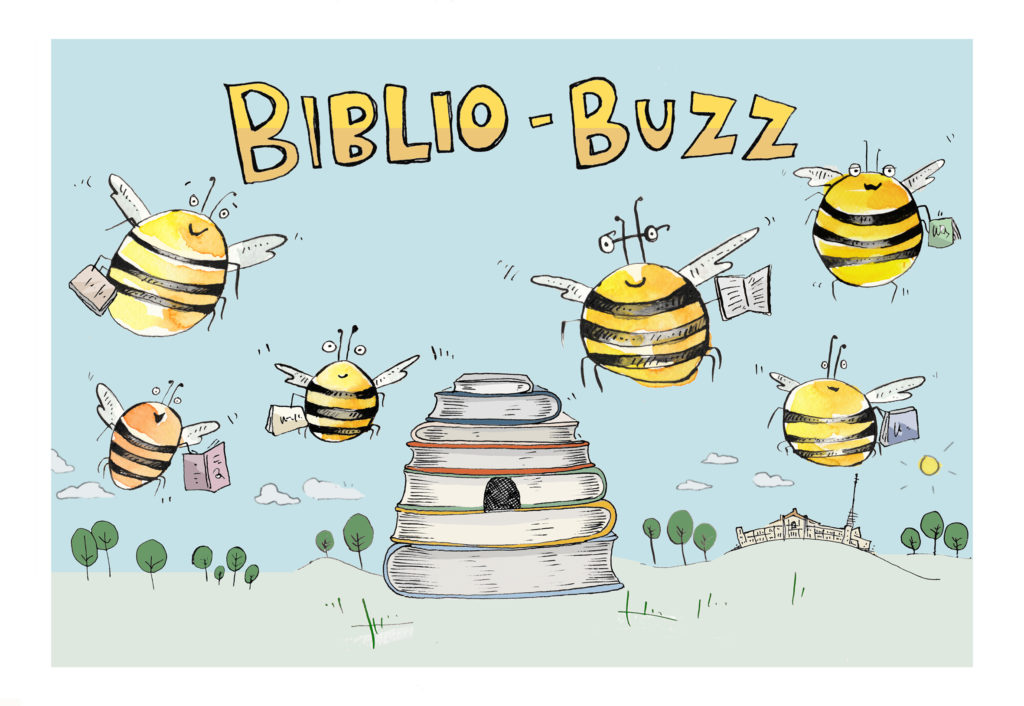 Above, an earlier draft of the bees, with a book hive. Watercolour on paper, then scanned into Photoshop.

The bees are also on t-shirts and totebags.

And bees are on the award itself! These are last year’s winners with show host and Michael ” living legend” Rosen.